Intimacy and how it is affected by our Body Type

People have asked us again and again about the Body Types in relationships. Are there types that tend to be more attracted to each other than others, and when they get together, what are the difficulties likely to be? And of course the ultimate question always is: And then – what to do?

To that, we always say the same thing: the only medicine is meditation…not to do anything…but simply see and embrace the issue. In the sunlight of consciousness, stale behaviour patterns start to lose their power over us. 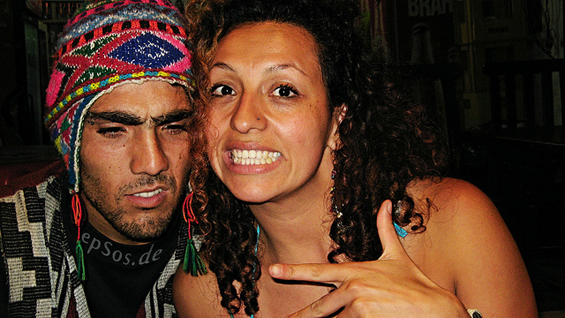 The difficulty with that is that it isn’t always so easy to see what the real issue actually is. For example, someone who is an oral type may have a strong sense of grievance and injustice, based on not getting what they deserved when they were babies. But far from experiencing that as a problem, the person may be very proud of their sense of injustice; they may always be finding wrongs to put right and feel like a crusader in the world. Meditation on its own may be slow in revealing that the feeling of grievance towards their partner is in fact an ancient pattern.

What the Body Types training does is to give the ability to see the underlying patterns, to recognise the core issues and to feel the core emotions. The oral person would come to recognise that the sense of injustice is part of them, not the outside world; that underneath it is anger, underneath that is sadness and hollowness, under that is powerless helplessness, under that maybe a different type of ferocious rage, and underneath that … aaha! … under that is a treasure. At the core of any body type is the “lost treasure”, the essence quality which belongs just as much to each body type as the problems do. For the oral person, this is a sense of strength and peacefulness.

In our way of working with the body types, we emphasise the essence qualities just as much as the negative behaviour patterns of each type. The real problem arises if we decide to keep things in the unconscious and bury them there, not to be seen. Then we not only disconnect from the so called issue or problem. We also disconnect from the particular essence quality which is trapped or blocked by the issue. So to that extent, we are cut off from our roots.

Then, cut off from our roots, we search outside ourselves to find someone who has the qualities we lack. When we find such a person, we assume they will fill the holes in our being. And for a while, this feels great. But not for very long! Then the problems start. Let’s have a look at a few couples.